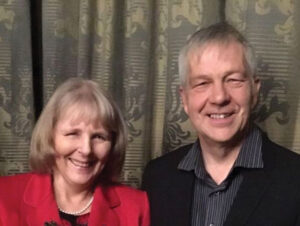 Gary and Fiona Tonge were born in England in the late 1950s. By 1973, when the ‘Jesus Movement’ brought a wave of renewal, they both experienced an encounter with Jesus Christ that radically changed the direction of their lives. Taking an active role in church life as elders, lay preachers and youth leaders, they had the privilege of travelling to see the power of God in evidence in healing and deliverance in different parts of the world in the 1990s and early 2000s. Videos of documented  Biblical miracles arrived in Europe around this time and sparked an interest in what the Holy Spirit was doing through T.B. Joshua. From their first visits to his ministry, they came to see the power of God working in holiness and experiencing the ‘Book of Acts’ in action.

Gary gained a first-class honours degree in Electronics and a PhD in Mathematics from the University of Southampton. He enjoyed a successful career, joining the Management Board of the UK Independent Television Commission (ITC) in his early 30s, before launching out into consultancy and voluntary Christian work from 2004. A Chartered Engineer of over 35 years, he is a Fellow of the Royal Academy of Engineering and of the Institution of Engineering and Technology. Fiona is a former nurse with a recent Postgraduate Diploma in International Disaster Management from the University of Manchester.

For the past two decades, they travelled for T.B. Joshua as part of Emmanuel TV teams to prepare for stadium gospel events and to coordinate humanitarian projects around the world. They also helped facilitate numerous groups from UK/Europe and Russian speaking countries to visit The Synagogue, Church Of All Nations several times a year up to March 2020. 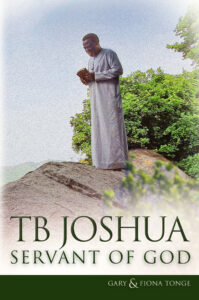